Lance said after the 2000 Tour de France, that he could not have won without his chiropractor’s help. “I am just coming into my best years.” He is now the 7 time Tour de France winner, The greatest cyclist in American history. According to Dr. Spencer, “My job with Lance and the team is to optimize the neuromusculoskeletal component of their training and, in the event of a crash, minimize down time and get them back in the race as quickly as possible. I adjust them as needed which helps reduce the likelihood of injury.” Chiropractic helps athletes perform better by removing interference to their nervous system known as subluxations. When the nerve system is free of interference the athlete can perform better. 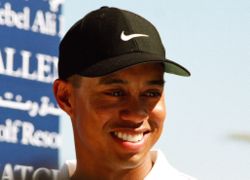 “Being a chiropractic patient has really helped me a lot. When I was in a growth spurt, my back became very sore, and I was weak. My chiropractor really helped me. Not only did he adjust my spine, he also gave me strengthening exercises to do. If you are tall and gangly like I am, or play sports, I would recommend chiropractic. I’ve been going to chiropractors for as long as I can remember. It’s as important to my training as practicing my swing.” His chiropractor noted, “Most golfers have a tendency to develop tight muscles and postural changes that create significant strength imbalances, which place great stress on the joints and muscles.” Tiger is a bit different due to his chiropractic care. “He is extremely athletic, well-muscled, and has inherently good posture and movement mechanics, he exhibits extreme flexibility and tremendous strength and agility.”

“I visit my chiropractor on a regular basis, because I want to prolong my career as long as possible,” he states. “I see him about once a week, in between by training (sessions). By getting an adjustment once a week from him, I feel I can sustain my career a lot longer. He is back there adjusting three-quarters of the team. I’m happy that we have chiropractic services at the park, for our team, and I don’t think we would ever go without it.”

“Those are the guys that put me on the field when I didn’t think I had a chance to be on the field. These are professionals, and God put them in my life for a reason.” Terrell Owens is a flamboyant and controversial football star. Owens beat the odds by coming back to play in Super Bowl XXXIX with a metal plate and screws in his ankle just a few weeks after suffering a severe bone break and ankle sprain. Against his MD’s advice, Terrell played in Sunday’s Super Bowl as his Philadelphia Eagles lost to the New England Patriots. “T.O.” surprised a lot of people by catching nine passes for 122 yards. “How did ‘T.O.’ heal so fast?” was a question on the minds of millions. “T.O. flew his personal Chiropractor in to provide him with treatment the week before the Super Bowl! In fact Tom Brady of the New England Patriots is a Chiropractic patient too!”

Superbowl XXIV:
The legions of Bronco fans worldwide were stunned as the San Francisco 49ers handed Denver the most lopsided defeat in Superbowl history. In the 55-10 romp, the 49ers were unstoppable from the opening whistle to the final gun. An estimated 90 million viewers watched the CBS pre-game show as Irv Cross interviewed the chiropractor while he was giving Joe Montana his pre-game adjustment. He has been a regular patient along with his entire family for over two years, and of course received his adjustment before the game on Superbowl Sunday. “With regular chiropractic adjustments Joe knows his depth perception is better. He has more energy, quickness, and he tells me that he feels a sharper mental alertness.” During Superbowl week, it was Joe Montana who led the parade of 49ers getting their pre-game adjustments. “Joe felt as fresh in the fourth quarter as he did at the opening kick-off.” 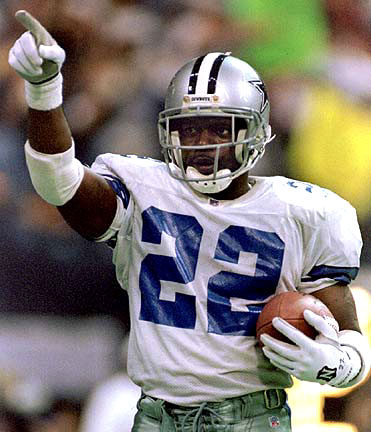 On his way to the record books as the NFL’s leading rusher, Smith credits his longevity in pro football not to his own ability but to his chiropractor. An article in the Fort Worth Star-Telegram explains it all started after the 1994 season when Smith endured a lot of hamstring problems and he began to ask himself some tough questions. “Do I need to get more rest? Do I need to eat better? Do I need a little more training? How can I take care of my body better? Do I need to find a chiropractor? It was time for me to invest in me,” Smith said. “I found a chiropractor that’s really good in balancing out my body to make sure my hips are rotated right, and my body is functioning properly. I remember somebody telling me that what I put myself in during the games is like having a car wreck every Sunday. It’s against the norm. You can find yourself in awkward positions. That stuff takes its toll. But if you take advantage of the health care, balance your body back out, put it back where it’s supposed to be, you function better, and you recover faster.” Smith has long praised Chiropractic for playing a major role in his outstanding football career. The Dallas Morning News wrote: “Anyone who suspects Smith is exaggerating Chiropractic’s role in his career need only look at the 33-year-old running back’s eyes when he talks about it.” To the skeptics out there, Smith remarks, “…if you traveled where I’ve traveled, done what I’ve done and seen the results that I’ve been getting, then you’d understand where I’m coming from.”

“Last year I found Dr. Newman (chiropractor), and I have been seeing him ever since. I have been pain-free and feeling terrific. I swear by it. Now, it is just maintenance and keeping in line so the nerves don’t touch.” 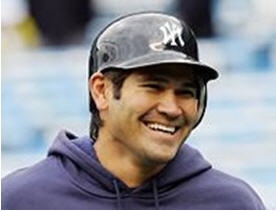 New York Yankees
The Yankees are hiring a team chiropractor. This may have come about because of several newspaper articles about center fielder Johnny Damon.  “My chiropractor is amazing,” Damon said. “I just hope it translates into better results on the field, not just for me, but for the team.”

“I have to have an adjustment before I go into the ring. I do believe in chiropractic. I found that going to a chiropractor three times a week helps my performance. The majority of boxers go to get that edge.”

Mel Gibson
“I got a chiropractor to come along to the [Patriot] shoot, because they can actually stick you back together within 15 minutes. He spent a week and worked on the entire crew. All the stunt guys were like, ‘Oh, fix my disc.’ The guy’s amazing. ”

“Chiropractic makes me feel a few inches taller each time I come out.”

“Bodybuilders and fitness people have been using, very extensively, chiropractors in order to stay healthy and fit. Whenever I had a little problem with my body, I always ran to one of my dear friends [Franco Columbo, D.C.], he was always right there with the adjustments. This is how I found out the best way of going, is to use chiropractors, not only after injuries , but also before injury.  I depend on chiropractic and so does my whole family.  That’s what chiropractors do, take care of people like no other kind of healer.”

“I use chiropractic as my main source of healthcare.”

“Once we had Presley and Kaia it was only natural to have regular chiropractic check-ups after they were born and go for regular check-ups to keep them healthy.”

Dixie Carter
Television Star- Designing Women
“I have a wonderful chiropractor.  I believe a healthy spine is a healthy body.”

“I do believe chiropractic has really benefited my game…I realize how your body can get our of balance, and chiropractic care helps.”

“I definitely believe that chiropractic care has attributed to my fitness.  I don’t think I could maintain my level of play without chiropractic.”

“Chiropractic works in harmony with the basic healing forces of the body, wheras the allopathic, western medical establishment doesn’t have nearly as holistic a vision.”

“I leave my chiropractor’s office feeling fresh and rejuvenated and back in line the way I should be.  He has also been successful at getting rid of my tension headaches.”

“Chiropractic gives me the flexibility I need to keep in the game.”

“You were the visionaries who were among the first to practice the science of natural healing.  You are the ones who help the body heal itself.  You saw it long before it was accepted by traditional medicine and the public.”

“When a problem occurs…I want to see about getting it taken care of, and chiropractic helps.”

Madonna gets a chiropractic adjustment in “Truth or Dare” a 1991 documentary of the singer’s “Blonde Ambitions” tour.

Accessibility by WAH
Call Us Text Us